The Blue Jays struck first in the bottom of the second scoring a run on a sac bunt by #3 Bailey. The Blue Jays would then score again in the bottom of the third scoring another run making the score 2-0 at the end of three. The Rangers answered with a big three-run inning starting off with a two-run RBI double by #3 Petrey. The score would remain the same till the end of the game. #21 Bell pitched six innings for the Rangers Arsenal only giving up two runs and one HBP, along with a handful of strikeouts. The final score of the game was 3-2 Grind Rangers.

In the top and bottom of the first both teams were able to score two runs apiece with two-run RBI singles as well. ETB would then answer in the bottom of the second with another run making the score 3-2 at the end of two. Both teams didn’t score again until the fourth inning where both teams scored two more runs apiece making the score 4-5. The score was tied until the top of the seventh when the Blue Jays broke the game wide open with a couple of walks and then the go-ahead RBI by #22 Reid. The Blue Jays would put up five total runs in the inning where the score would stay 9-5. The final score was 9-5 Blue Jays.

This game was a pitcher’s duel. Both #25 Eric Miller and #4 Tanner Park threw a complete game. #4 Tanner Park had 6 K’s and 1 BB. #25 Eric Miller was effective with his defense behind him relying on putouts. TN Select score one run in both the second and the third innings. Cross Hit pushed across three runs in the third to take the lead. The rest of the game was four complete shutout innings which allowing only a few baserunners but none scored. The final score was 3-2 Cross Hit.

Another pitcher’s duel in this game as only five total runs came across and scored. #4 Ryan Jessee threw a complete game shutout to win 5-0. Team VA Mizuno used two pitchers to hold ET Rockets to only 5 runs. ET Rockets scored first in the bottom half of the inning manufacturing a run. In the bottom of the second they were able to string together a couple hits to score two more making the score 3-0. Another run wouldn’t score until the bottom of the sixth when bases were loaded two runners scored on two base hits. The final score was 5-0 ET Rockets.

Both teams were scoreless through the first three innings. In the bottom of the fourth the TN Stix put up four runs to make the score 4-0. They wouldn’t score again until the sixth inning when a runner reached base on a base hit and then came around and scored from first on a throwing error. The Cyclones were also able to manufacture a run with the runner reaching base on an HBP. TN Stix pitcher #3 Ferguson had 11 K’s with only giving up two BBs and allowing a single run to score. The final score of the game was 5-1 TN Stix.

Team Va Mizuno was able to score four runs in the bottom of the second to go ahead 4-0. Three of the runs came on passed balls and the other came on an RBI single by #7 Laws. Team Va Mizuno didn’t score again until the fourth when another run came on a passed ball once again. #34 B. Smith pitched a CG with 9 K’s and only 1 BB with an HBP as well. He also held Diamond Mine scoreless through all seven innings.

The Select scored first in the top of the second pushing across one run on an RBI single from #22 Claiborne. Fury then answered with a run of their own in the bottom half of the second by way of a sac fly by #11 Posey. Both teams would remain scoreless until the bottom of the fifth when Fury broke the game wide open by scoring five runs off a couple of base hits and a squeeze by #22 Guy. TN Select would rally to score one run in the top of the sixth, but Fury was too much and continued their strong defensive abilities to hold the game at 6-2 The final was 6-2 Fury.

The game was scoreless until the top of the third inning when one run came across to score for ET Rockets on a throwing error to make the score 1-0 at the end of three. The Rockets wouldn’t score again till the fifth, making the score 3-0 on an RBI single. In the sixth, the Rockets hung a six spot, breaking the game wide open making the score 9-0. #26 Briggs threw a CG with 9 K’s and two BBs. He threw a six-inning shut out to win the game. Top Notch threatened to score with the bases loaded in an inning with five men left in scoring position. The final score was 9-0 Rockets.

The Prospects scored first in the bottom of the second inning taking the lead 1-0. They didn’t score again until the fourth, allowing two more runs to score on an RBI and a passed ball. They would strike again the next inning, adding another run to their lead on another passed ball making the score 4-0. #7 Weaver pitched a complete game with nine K’s and one walk with two HBPs. He held the Hornets scoreless through all secen innings. #10 Snipes also pitched a complete game for the Hornets allowing four runs to score with three K’s and one BB. He let the defense do a lot of the work while pounding the zone. The final score was 4-0 Prospects. 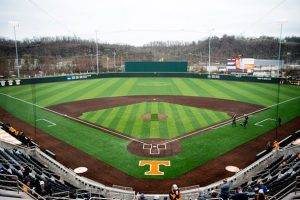 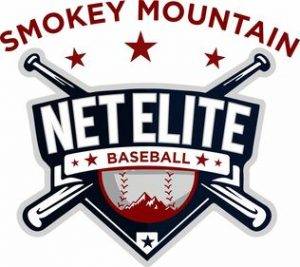