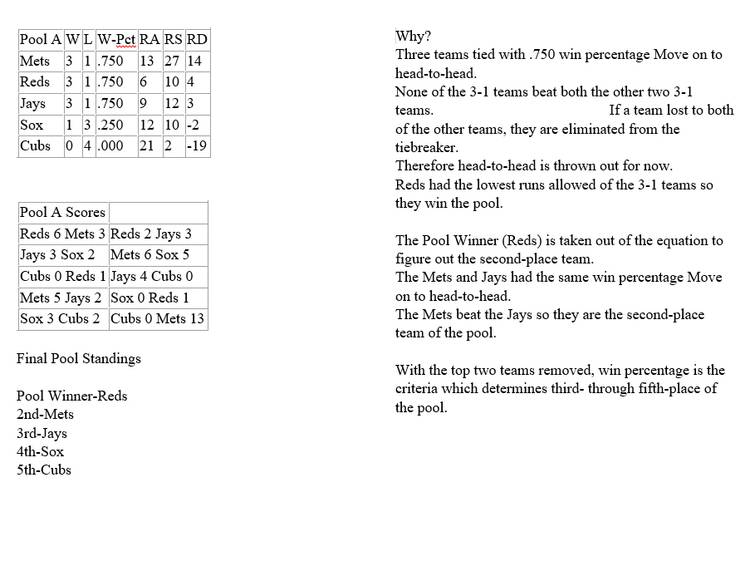 Roster and Roster changes: Teams may change their rosters up until they start their first game. A player is eligible to compete in multiple divisions in the same tournament, but cannot play on more than one team per division in which they are eligible. In order to be eligible for playoff participation, the athlete participating in two different divisions must have appeared in at least two pool play games for the team he wishes to compete for. Division of play can be determined by grad class or age cut off. The age cut off will be May 1 of every year. For example, a 17-year-old sophomore is eligible to participate in 16U tournaments. This is determined by the athlete’s graduating class.